In case you missed it, Gidi Up is back. I already wasn’t expecting to ever see another episode as long as I live, unless I got bored, googled Boring-est TV Shows Ever & somehow lost my way. But I still figured it would be a one-episode thing and they would shut it down. How wrong I was.

Next, we see two robots buy smoothies & find a blog post about Obi’s accident. I’m pretty sure two humanichs would be better actors. Those two trollops were so mechanic & robotic. Damn! And I read somewhere the entire cast got acting lessons pre-shoot. LOL. From who? The Fartrashians?

Over the next four minutes, we learn Obi’s in a coma. Duh. Toks, Eki & Von sob at the hospital. Obi’s annoying-as-fuck manager/pimp?? Shows up too. SIDE NOTE; I still don’t know who this trick is. Hell, even Toks, Eki & Von don’t; but if I hear that bum bitch IJGB faux British accent one more time…

Sharon takes Von out to tea, they talk about Folarin, again. Ugh. OMG, you guys, the BACKGROUND NOISE at this café is epic. You can basically hear other voices. Wtf? and the incessant clanking of plates. Why?? She proposes a partnership to revive Von’s fashion label; which I totally forgot she had since she hasn’t done ANYTHING AT ALL this season, even though she knows Von fucked her dad. Eww.

Back at the hospital, Eki’s throwing up, tells Von she thinks it’s malaria & that she’s been to the hospital three times that morning.

Let me stop you right there hunty! You have NOT been to “the hospital” three times this morning. Bitch yo ass been at the hospital ALL DAY in Obi’s room! Who wrote these lines??? So, unless you tryna say you got a twin sitting in for you, you craaazy sista.

Von says it could be typhoid & duh bitches, ion need a genie to tell me she’s pregnant. Its just too easy.

Finally, the three muska-tears meet up in the hospital passage, head to Obi’s room to find a doctor & two unnecessarily rude nurses tryna revive him? Apparently, nigga mighta died while they were out getting tea, lunch & puking. What A+mazing friends!

You guys, the true STAR of this episode is the hospital receptionist who obviously shares my opinion of this entire fuckery. 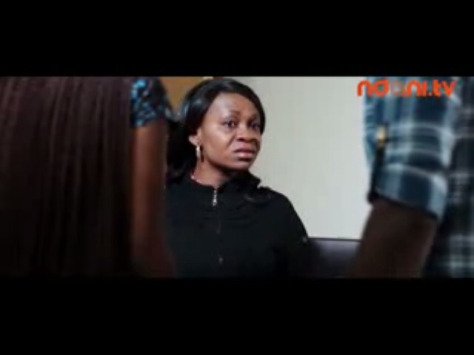 invite others to the coven ;-)

welcome to the coven